As we predicted in our last blog post, the Town Council bulled ahead with a schedule for the recall election that is designed to minimize voter turnout and thereby cause the election to fail the minimum vote threshold specified in the Town charter.  Two Council members, Foley and Hayes, opposed this blatant attempt at voter suppression which is designed to protect the three School Board members who are facing recall on May 8.

Before we once again mount our soap box and get carried away with exposing the slimy underbelly of current Town governance, here are the two take-aways from this blog:

1. Vote YES at the May 8 recall election and

2.  Do it sooner rather than later since we are dealing with a cynically-short early voting period.

If you take care of steps 1 & 2 above, you are excused from reading the rest of this blog.  And you have earned our sincere thanks.

Why ALL Scarborough residents should vote in this recall election

[Please bear with us for four paragraphs of serious stuff…]

Since the specific issues that propelled this recall effort are school-related, some have wondered why they should care about it and vote.  After all, unless you have kids in the Scarborough schools, you probably don’t have a direct link to or interest in the schools.

But step back and consider the flood of negative publicity about the Town that has accompanied all the numerous school controversies.  The pattern of mismanagement of the schools over the past year has rocked not only the schools but the entire community.  The failed leadership of the School Board is at the root of all this bad press.  All Town residents have a stake in the community’s reputation.  A YES vote will begin the process of bringing effective leadership to the School Board and restoring the Town’s reputation.

And the failure of leadership extends to the Town Council.   A majority of Town Council members are on record as opposing the recall effort.  Their unscrupulous scheduling of the recall election was a blatant and cynical attempt to cause the citizen-initiated recall process to fail.  Indeed, many Council members share the same characteristics that are at the heart of the School Board recall – arrogance, lack of transparency and unresponsiveness to community needs.   All Town residents have a stake in principled and responsive government.   A YES vote will remind some of the Councilors that their responsibility is to the broad community, not to their personal agendas.

Many citizens have lost trust in Town and School leaders.   All Town residents have a stake in having officials whom they trust to do the right thing in the best interests of the community as a whole.   A YES vote will let them know they need to work hard on regaining the public’s trust. 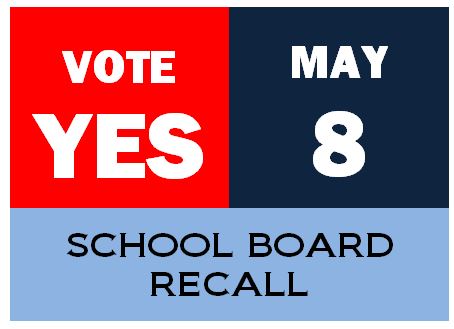 And now back to our regular programming…

The special Town Council meeting held on April 25 gave the three School Board members who are facing recall the opportunity to state their cases.  It was a long five hours.  But, as one would expect, there were a couple of moments for the highlights reel…

The first came very early in the proceedings as School Board Chair Donna Beeley called Steven Bailey, the Executive Director of the Maine School Boards Association, as an expert witness of sorts.  Mr. Bailey educated the assembled multitude on the finer points of Maine law as it relates to school boards. 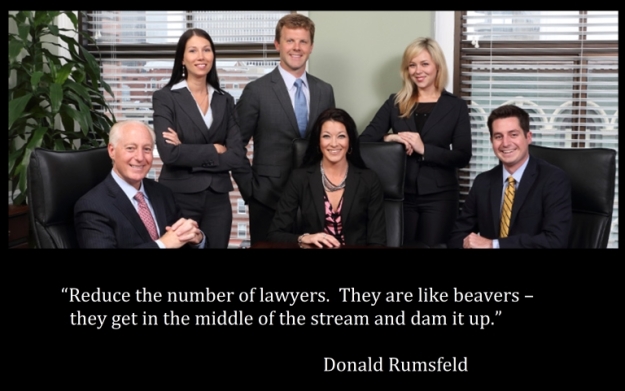 The gist of his presentation – school board members aren’t answerable to the public according to Maine law.  We’ve heard this refrain from our School Board members for years now.  Indeed, it is the reliance on this notion – and the arrogance it enables – that explains the frequent disconnects between the School Board and the public.

So, just to kick sand in the face of the public, the School Board trots out a legalistic defense of its actions.  Way to sway public opinion, guys!  This is what happens when lawyers are running the show.

You can always depend on Jackie Perry to liven things up.  She came through again big time last Wednesday evening.  Here’s an excerpt from her remarkable speech on the Creech affair: 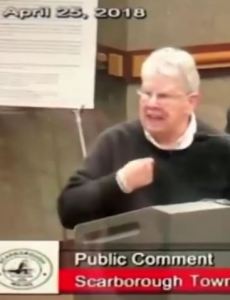 “And if you’re going to recall them, recall me… I said ‘Lock him out.  Send him home.  Put in an interim principal and do it now because we don’t need what’s coming down the road.’  And our lawyer said ‘Jackie, you can’t do that.’   I said: ‘We’ll pay whatever it takes.  Let him sue.  But get him out of town.’   I said that.  Nobody else on the Board said that.  Come after me!”

In about a minute, she:

Here’s a link to the snippet from the Council meeting.

Coming soon to a polling place near you?

Well, that’s all for now, folks.

Please remember to vote.  Later today would be good, tomorrow at the latest.

This is not just a school matter.  This is a community matter.   Some members of the Town Council don’t want you to vote.   Please make sure you let them know that this is not the way you want Scarborough to work.

Please vote YES on or before May 8 to start the Town on a new course of transparency, fairness and responsiveness.

Until next time, be neighborly,

DISCLAIMER:  The author is solely responsible for the contents of this blog.  Opinions expressed herein are those of the author and not of any other individual(s) or group.