Expect a loud whooshing sound to come from Town Hall when the Council meets Wednesday night.  Nothing to be alarmed at… it will just be the Council pulling another fast one on the citizens of Scarborough.  The fast one this time is the scheduling of the School Board recall vote on May 8 – a highly accelerated schedule that will effectively reduce the number of folks who will vote in the election.

Again, do not be alarmed!  It’s just business as usual in Donovan-land, where personal agendas and autocratic rule replace transparency, fairness and responsive government.

The Hurry-Up Election on May 8

So here’s the short version of the story behind the special hurry-up election they’ll be scheduling for May 8.  Chairman Donovan and his cronies are deeply offended that more than 3,000 of their fellow citizens had the audacity to sign recall petitions for three School Board members. And the Donovan faction will do anything in their power to prevent the recall from succeeding.

The Town Charter requires that 3,147 total votes will have to be cast in the recall election for it to be valid.  In other words, if the vote were to be 2,500 to zero to recall the School Board members, the vote would still fail because the total number of votes cast was not large enough, and the three School Board members would continue to serve.  So it’s clearly in the interests of the School Board recallees and their supporters to keep the vote total as low as possible so that the 3,147 total vote threshold will not be met.  That is the only goal of the Donovan strategy.

What’s a great way to minimize voter turnout?  Well, have an election with as little lead time as possible.  Make sure there’s as little public notice as possible.  Minimize the period of early/absentee voting.  You get the picture.  Some might even be tempted to characterize these tactics as “voter suppression.”

The Nuts and Bolts of (Legal) Voter Suppression

Here are some important facts about the May 8 recall vote:

By our calculation (which is the best you’re going to get since there’s nothing on the Town website about it), there will be only 7 days of early/absentee voting — that’s 5 days shorter than any other election we can remember.  Historically, about 30% of total votes are cast as early/absentee ballots in Scarborough.  And even worse, given The Leader’s deadline cited above, the early (“no reason needed”) voting period will be over by the time the election is announced in the May 4 issue of The Leader.  Do you feel like you’re being played yet?

In an April 20 memo to Members of the Town Council, Chairman Donovan noted that “May 8 complies with the Charter provisions and is consistent with our practice in scheduling special elections such as School Budget Referendum votes.” [Emphasis added.]  Well, Chairman Donovan, not exactly.  If you’ll look back at last year’s three school budget referendum votes, you’ll see that the number of days between second reading and the date of the vote were 27, 20 and 20.  The May 8 date, however, is only 13 days after the April 25 setting of the vote date – a full week earlier than recent past practice.

[Chairman Donovan’s memo outlining the setting of the May 8 election date appears as page 7 of the Town Council agenda for the April 25 meeting – link here.  See if you are persuaded that this election has to be held so fast that your teeth will rattle.  We weren’t.]

Chairman Donovan has been on a memo-writing roll these last few days.  In another memo posted with the agenda for the April 25 Town Council meeting, he explained the reasoning behind selecting the venue for that meeting, for which a substantial crowd is predicted.

Here’s a chance to test your political acumen!

You need to select a location for a Town Council meeting.  The facts are:

The question:  Where do you hold the meeting?

Hold the meeting in the Town Council Chambers and turn away everybody in excess of 130, telling them to go home and watch it on cable and submit any public comments they may have in writing.  (Pound sand, in other words.)

Move the meeting to Wentworth where all interested citizens can view the proceedings in person and provide their public comments in, well, public.

How did you do?

If you selected Option A, congratulations!  You and Chairman Donovan are on the same wavelength.  We foresee a long and brilliant career in Scarborough politics for you.

If you selected Option B, well, sorry about that.  Your willingness to consider the needs of the broader Scarborough community is laudable, but, alas, inconsistent with the Council’s values of exclusion and opaqueness.

[Chairman Donovan’s memo outlining this decision appears as page 2 of the Town Council agenda for the April 25 meeting – link here.  See it for yourself.  And don’t miss the line about promoting “the solemnity of the proceedings.”   Get out your ermine robe and powdered wig!  Good stuff!]

Be sure to listen carefully to the explanations given – if any – for the absence of any Town Councilors from Wednesday evening’s meeting.  Remember, this will be an important meeting, especially for anyone with aspirations for higher elected office.  Watch closely! 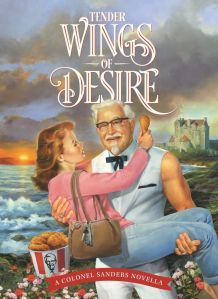 One of most intriguing elements that has been added to the Scarborough School Saga recently is the existence of an anonymous letter which, according to Scarborough police “contains allegations of inappropriate behavior on the part of the superintendent, which the Board of Education has reviewed and deemed to be demonstrably false.”  [Emphasis added.]  The only other information we have heard about the letter is by way of one member of the public commenting at the April 11 Town Council meeting.  That individual stated that the letter contained colorful references to the superintendent’s activity at an Old Port establishment.  We have no way of knowing whether the individual had actually seen the letter or not, or was accurately reporting its content.

Which really gets to the heart of the matter.  Apparently copies of the letter went to several School Board members, the town manager and Superintendent Kukenberger’s husband.  Why hasn’t the letter been made public?  Shouldn’t the public be allowed to judge for itself whether the alleged “inappropriate behavior” is “demonstrably false?”   Or whether the letter was “threatening?”  No offense, School Board members, but your credibility in the community isn’t exactly at a high point, and we would like to form our own opinions.

What to do now…

Usually when we come up against outrageous behavior by the Town Council (or a majority thereof), we encourage you to speak up and let them know how displeased you are with whatever they’ve done.  Not this time, though.  It would be a waste of perfectly good keystrokes.  Nothing is going to stop Mr. Donovan and his cronies from ramming this election through without adequate public notice.  Defeating the recall is just too important for them.  It’s a do-or-die issue.  If the recall succeeds, their grip on Town affairs will have been successfully challenged.  And that could be the beginning of the end of their chokehold on Town affairs.

So the only way to influence the future now is by voting at the recall election on May 8.

If you think the three School Board members (Beeley, Shea and Lyford) should be recalled, vote YES.  That’s a vote for change.

If you think they should remain in office, vote NO.  That’s a vote that says you want more of what we’ve had for the last two years.

Whatever your opinion, please vote on May 8!  Or during the limited early voting period that runs from April 26 through May 3.  (Please confirm the early voting period at the Town website.  Hopefully the information will be there before the voting is over.)

Well, that’s all for now folks.  Please spread the word.  Let’s beat them at their own game.  And remember to do an early vote at Town Hall starting Thursday, April 26.

CORRECTION: The original version of this blog stated that the 3,147 total vote threshold for the recall election to be valid is a function of State law.  As a knowledgeable reader pointed out, the threshold is actually a function of the Town Charter.  We regret the error.

1 thought on “Another Fast One from the Scarborough Town Council”