Welcome back to another rollicking, fact-filled episode of LookOutScarborough!

The story so far:  On July 25 voters rejected the school budget for a second time, though by a slimmer margin than the first trouncing.  The vote was 1,930 against and 1,847 in favor, so the margin was about 2.2%.

In response, our fearless Town Council proposed a further reduction of $50,000 to the school budget at their August 2 meeting.  That adjustment amounted to just 0.12% of the just-rejected budget.  Yes, that’s a bit more than one-tenth of one percent, or the same as taking 12 cents from $100.

A couple of Council members described the further $50,000 adjustment as “significant.” One member related it somehow to a teacher’s salary, although the connection was not clear.  One Councilor went so far as to characterize the adjustment as “astronomical.”

But that’s not what we’ve been hearing.  Here are some of the reactions we’ve heard to the proposed adjustment:

In short, we don’t think a $50,000 adjustment is going to sway many voters over to the “yes” column.

It should be noted that even after this “significant” adjustment, the school department will still be spending $1.3 million more than last year.  We’re really not in “hardship” territory here, despite what some will moan.

The school budget adjustment amount – if any – will be finalized at the Council’s August 16 meeting.  And we will have yet another opportunity to vote on the school budget on Tuesday, September 5.  Please mark it on your calendar now.  They are counting on voter apathy to push this budget through.  Don’t let that happen!  Keep those voting shoes ready to go!

Readers who recall the Cold War will be forgiven for noticing occasional similarities between the old, Soviet-style government and that of current-day Scarborough.  No, we’re not suggesting that the Town is run by a bunch of Commies.  Just that certain aspects of our municipal governance seem reminiscent of those days gone by.

Consider control of the media, for example.  For decades, the people of the Soviet Union had essentially one source of news – Pravda – a newspaper that served as the mouthpiece of the government, always stayed with the party line and never published dissenting views.  Does that ring any bells with Scarborough’s current media situation?

And then there’s the governing body.   Yes, technically, we have a popularly-elected, seven-person Town Council.  But somehow it often feels like a four-man Politburo, where personal agendas take precedence over the interests of the Town’s residents, where citizen input is considered a burden rather than a benefit, and where the decisions are all made and rehearsed well before the public meetings.

Contributing to this tyrannical aura are the occasional statements by certain Town Councilors that they were elected to use their judgment and that the views of the majority of the citizens really don’t matter.  On more than one occasion we have heard Council members utter a sentiment along the lines of “if you don’t like what I do, don’t re-elect me.”  We certainly hope folks will take them up on that offer!

But the most troubling reminder of an authoritarian governing style comes in the revision to the Town’s  sign ordinance that is about to be foisted upon us.  Yes, we know those political signs that pop up in the few weeks before elections are not the most attractive decorations of the landscape. On the other hand, they play a vital role in voter awareness and motivation.  They are, in fact, a key element in the democratic process.

The Council is poised to enact sweeping changes to the Town’s sign ordinance which will severely limit where political signs may be placed.  The alleged “reasons” justifying these changes are as phony as phony can be – promoting traffic safety, protecting ecologically sensitive areas and maintaining scenic vistas.  How many traffic accidents have political signs caused in the past?  Just what documented evidence is there of environmental damage to ecologically sensitive areas from temporary sign placement?  We may have been born at night, but it wasn’t last night.

So, no signs at the major intersections of Oak Hill, Dunstan Corner, Payne Road and Haigis Parkway.  And where signs are allowed, they have to be more than 500 feet apart.  The proposed ordinance boils down to a chilling attempt to ban political signs.  This is clearly an attempt to stifle public comment and discussion of important issues.

If the ordinance revisions are approved (and the Politburo is firmly behind them), we envision unintended consequences.  Like signs being forced into locations where they have never been before, including in the hearts of neighborhoods.

Sure, those candidate and referendum signs can clutter things up for a few weeks every year.  But isn’t that a small price to pay for an informed electorate and a vibrant democratic process?

Perhaps it’s not on quite as grand a scale as other iconic American monuments, but we in Scarborough are about to have a monument of our own.  When the new ordinance instituting a parking fee for 13 spaces at Higgins Beach goes into effect, the Higgins Beach Parking Meter will stand as an enduring monument to how personal agendas drive public policy in Scarborough.

From the day this proposal surfaced as a budget item at a Finance Committee meeting, it has been a fraud.  Its ostensible purpose was to raise $8,000 in additional parking revenue to help fill a budget gap.  But if the Council had really been interested in raising revenue from beach parking, it easily and quickly could have determined that our $10 per day beach parking passes are significantly below market and provide an excellent opportunity for generating additional revenue.

The budget frenzy was just a perfect, out-of-the-public-eye opportunity to sneak in a policy change that should have been publicly debated on its merits and considered within the context of all beach parking fees and policies.  As the old saying goes: “Never let a good crisis go to waste.”

So every time you drive by the humble parking meter that guards those 13 parking spaces on Bayview Avenue, think Statue of Liberty and recall how the zealous personal agenda of one Councilor can derail an entire town’s governing process.

It may be the dog days of summer, but there’s a lot going on in Scarborough at the moment… and we don’t mean Summerfest.  In addition to the school budget, there are several critically important matters currently on the Town’s agenda:

We’ll do our best to keep you informed on these important developments. 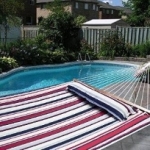 Finally, just a quick reminder that the views expressed in this blog are solely those of your editor.  They should not be attributed to any other individual or group.

Here’s hoping you can enjoy some quality hammock-time during our short summer season.  But keep at least one eye on Town Hall; you never know what may happen. 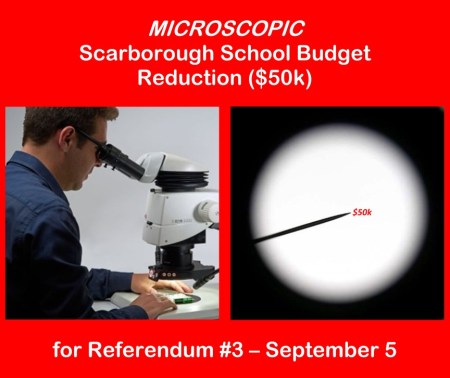