Well, Scarborough voters made their position quite clear at the June 13 school budget referendum.  They weren’t at all happy with the 7.4% increase in taxes for the school. The vote tally was NO: 2,408 versus YES: 1,822.  Voter turnout was a robust 25%, compared to many area towns’ turnouts in the single digits.

It didn’t take town leaders long to come up with a proposal for the second budget referendum.  Within a couple of days, the outline for Round Two was out there.  Town officials will point out, as they frequently do, that this is “just a starting point.”   The final amount of the Round Two referendum won’t be known until the Town Council approval on July 5.  Then we will be voting on Round Two on Tuesday, July 25.

Here are the changes the Town Council has proposed for Round Two:

Here’s the bottom line of what those changes mean to taxpayers:

Three things concern us about the re-tooled budget proposal:

The Town Council meeting on June 21 seemed like it would never end.  Nearly three-and-a-half hours of motions and emotions.  But we would be remiss if we didn’t draw your attention to the last 20 minutes or so of it.

This was the “Councilors’ Comments” section of the meeting, where members took turns giving their impressions of why the school budget was defeated and what lessons could be learned.  There was a wide range of reactions from thoughtfulness, pragmatism and openness to arrogance, deafness, denial and petulance.

If you can invest 20 minutes in assessing the effectiveness and leadership qualities of the Council members, go to about 3:00:50 on the video of the June 21 meeting linked here.  See who you think “gets it.” 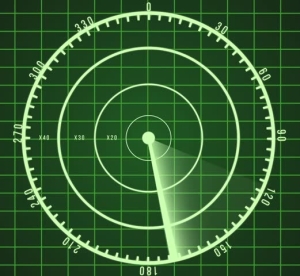 Among our favorite statements was Councilor Caiazzo’s that the Council had done “everything we thought was right” in the budget process.  And still, we note, it was voted down.   Geez, Scarborough voters, what’s your problem?

We’re sure that a new radar system can somehow be worked into the $6.3 million town/school capital budget for Fiscal 2018.  (Just make certain it costs less than $400,000 so voter approval of bonding for it won’t be required.)

[Your editor, having successfully mounted his high horse, will now proceed to pontificate, lecture and generally blow smoke…]

Here we are again.  In that familiar place where there is a great division over the amount of the school budget. Year after year we lurch from one problematic budget to another.  And we continue the search for the magic number that will make at least 51% of the town’s voters happy.

Perhaps this would be a good year to try something different.  Perhaps we could take a longer view than just the budget we’re voting on in 4 weeks.  Perhaps we could do something known in the real world as “financial planning.”  You know, do some projections out 3 or 4 years, look at underlying trends, perhaps even consider making some changes in how we do things.  Perhaps explore new sources of revenue or technology that could actually save us money rather than cost us more.

Oh, sorry, I must have nodded off there.  Just a dream.  Now let’s get back to business as usual…

The editor would also like to remind readers: All contents of this blog, including all opinions expressed, are solely those of the editor.  No other individual or group has any responsibility for the blog’s content.

A Dearth of Mirth?

The Library’s annual book sale at the High School.

Last weekend we attended the Library’s annual book sale at the High School.  What a great event for a great community resource!  Thousands of books, all for a couple bucks or less each.

But we did make one curious observation…  There were – as you can see in the above picture – literally thousands of books in hundreds of boxes covering all imaginable categories – fiction, reference, hobbies, you name it.  But there, at the back wall, was the “humor” category — consisting in total of four measly boxes.

The humor section in its entirety.

Has Scarborough lost its sense of humor?  Mark Twain said:  “Humor is the great thing, the saving thing. The minute it crops up, all our irritations and resentments slip away and a sunny spirit takes their place.”  We here at LookOutScarborough.com are all in for “a sunny spirit.”

Which reminds us… did you hear the one about the three Town Councilors who walked into a bar?

That’s it for now.

Remember, July 5 is the all-important “second reading” of the budgets (school and municipal).  This is where the school budget we will be voting on will be finalized, probably amid a flurry of amendments.  In the past the amendment process has proved baffling to the casual observer.  Anything can — and often does — happen.  We’ll keep you posted and let you know just what you’ll be voting on on July 25.

Have a festive and safe Fourth of July! 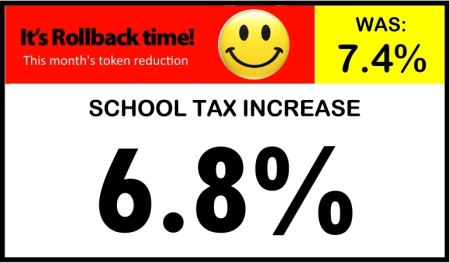