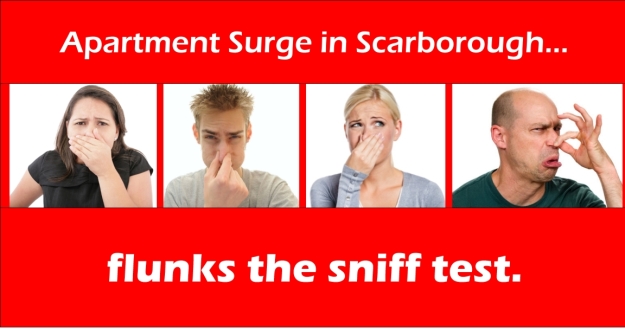 Well, folks, it happened again.    Just over a week ago the Town Council gave first – and final – approval to an action that will allow the construction of about 850 new apartment units in Scarborough. So much for informed decision-making.  So much for transparency and public input.  It all happened very quickly and relatively quietly.  Which is the way the majority of Council members apparently wanted it to happen.

In the last blog, we focused much of the attention on the shortcomings of the process of evaluating this astounding increase in the number of apartments in town.   All we wanted was a fair, realistic and well-documented analysis of the proposed apartment developments.  From a purely financial perspective, the basic question is really a simple one: how much new tax revenue will the proposed new apartments generate and how does that compare to the additional expenses that will be associated with them (additional costs of the schools, public safety, etc.)? 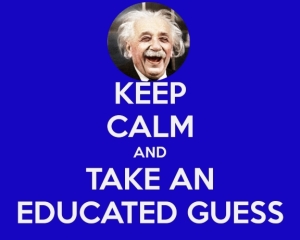 While the financial question is very simple, the answer to it is not.  The answer will require making several key assumptions.  Two of the most crucial assumptions are (1) the number of additional school-aged kids that will live in those new apartments and (2) the additional costs the schools will incur to educate them.  (Remember, the average full cost of each student in the schools is more than $13,000 per year.)   Getting exact estimates for these elements is not possible.  But a prudent approach would be to make a well-researched, educated guess.  Perhaps do a best case/worst case analysis. However, throwing up one’s hands and saying “too hard to answer” is not a responsible approach.

In lieu of a rigorous financial analysis, we were given stale data, vague assertions suggesting “minimal” impacts and assumptions supplied by the developers.  And to make matters worse, we have a Town Council chair who doesn’t appear to care about the cost and tax implications of the apartment projects.

Here’s an excerpt from the Portland Press Hearld’s January 23 article on the “surge in new Scarborough apartments:”

Babine, the council chairman, said he has heard estimates that 865 additional apartments could bring 55 to 187 children to town, but he’s not concerned about the impact on local schools [emphasis added].

“There’s no way of predicting that now,” Babine said. “I believe our school system is prepared to absorb that amount. I actually don’t have a problem with our school system growing.  I think that directly relates to the growing value and vibrancy of our community. I think we need to plan for it and be prepared.”

The issue is not that the school system is growing.  The issue is how that growth will be paid for.  Frankly, we haven’t seen much evidence of planning for school growth.  How can we plan for it if we can’t even quantify its scope and financial impact?  The Town’s current plan seems to be for taxpayers to pick up whatever additional costs are not covered by the additional tax revenues from the proposed new projects.

As you know, we at LookOutScarborough.com do our darnedest to ferret out real facts and data that help Scarborough residents make informed decisions about matters of critical interest to the community… relevant, well-sourced information you often won’t find elsewhere.

So we were curious about how many apartment units the Town currently has in multi-family apartment complexes (that is, where there are three or more units per building).  How does the potential increase of 853 units compare to what we have now? It turns out the US Census Bureau can help answer that question.  If you do the math, the answer is that as of 2015 we had right around 600 apartment units in structures that contain three or more units.  (See the Census table on Physical Housing Characteristics for Occupied Housing Units for Scarborough (link here) for the basis of this calculation.)

And how many additional multi-family units are currently envisioned?  You would think that would be an easy question to answer, but you would be wrong.  It turns out that you have to be very precise in the way you ask the question.  At the Council’s “growth workshop” on December 14, 2016, the “Multi-Family Unit Pipeline” totaled 853 units.  About a month later at the January 18, 2017 Council meeting, the total units for “Potential Projects Eligible for the Reserve Pool of the Growth Management Ordinance” was 800 units.  And the Portland Press Herald article quoted above reported 865 new units being contemplated. 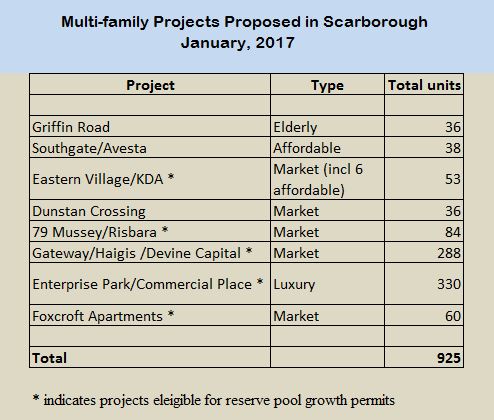 But our review of all available data reveals that the actual total number of new apartment units currently “on the radar” is 925.  Now it is true that all of these units may not be built.  And the timing of the building could stretch over a couple of years.  But 925 additional units is a 150% increase in multifamily rental units over the existing base of about 600.  By any standard, this is a staggering increase and one that should get careful analysis and – dare we say it – public input.

Here’s a summary of the estimated number of multi-family rental units as of 2015 and the number of units that may be built based upon the Council’s recent approval of additional growth permits: 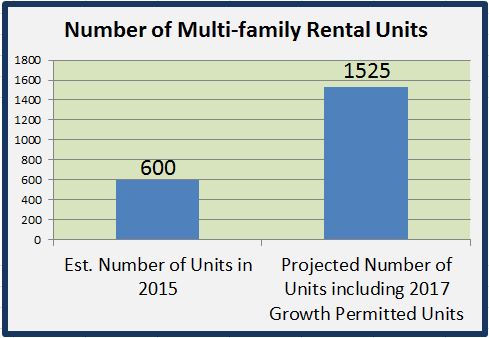 Those of us who try to keep up with the goings-on at Town Hall have seen this movie more than once before.  The entire process of approving the massive increase in rental units was on the low-visibility fast-track.  This is an all-too-familiar approach for a Town Council that likes to crow about transparency as one of its core values.

Recall that the apartment surge proposal first popped up at a Council workshop in mid-December.  And then was referred to the Long Range Planning Committee that discussed it at a meeting on January 6 — a meeting that was not listed on the calendar of meetings on the Town website.  Finally, the Council gave its first and final approval to the “growth permits” on January 18, despite a number of public comments and emails arguing that the process was moving much too fast for such a significant change in the Town’s residential character and that the tax implications of the decision were not well understood.

Once again, we have a situation where public involvement on an important Town decision was minimized.

Isn’t it strange that the Town leaders could devote the time and energy to a public survey of our attitude on the fireworks ordinance this past summer, but couldn’t bring themselves to have a full and open discussion of a decision that could have a major financial and quality of life impact on the Town?  Even a web survey would have added greatly to the public input on this important question.

Notice of the web survey on possible changes to the fireworks ordinance that appeared on the Town’s website this past summer.

It kind of makes one wonder… why the big hurry on approving the apartment surge?

There has been a deafening public silence from the School Department about the impact on the schools of a major surge in enrollment.  Why so quiet?  Perhaps it’s because of the significant  implications for both the operating and capital budgets of a sudden bump in the student population…  Apparently the strategy is “the less said, the better.”

Here’s just one of the many questions that could reasonably be asked of the School Department…  Let’s assume the new apartments result in the high-end estimate of new students that Council Chair Babine has heard – 187 kids.  And let’s also assume 60 or so of those kids are clustered in the Middle School grades of 6 to 8, an assumption that’s clearly within the realm of possibility.

The December 15, 2016 update of the schools’ Long Range Facilities Master Plan notes that the Middle School currently “is very overcrowded by any standards for its 714 students”  (p. 6).  So would the sudden, unexpected enrollment increase create an overcrowding emergency at the Middle School – just the sort of situation the “Growth Ordinance” was designed to avoid? 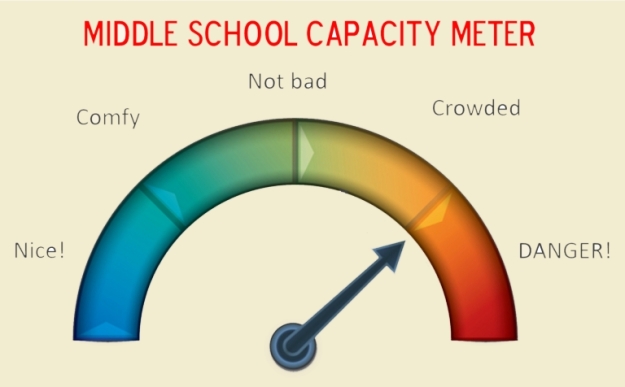 If the enrollment surge triggers an urgent need to expand/renovate the Middle School, we could soon be confronting an accelerated timetable for the $18 million project Middle School project outlined in the Facilities Master Plan.  (And don’t forget the $51.8 million primary school consolidation project that’s also being discussed.)

With this magnitude of school capital projects on the horizon, wouldn’t it be prudent to understand the impact of an enrollment surge on the timing and amounts of school capital expenditures?  Unfortunately, a majority of Council members don’t share this view.  After all, it’s only taxpayers’ money. 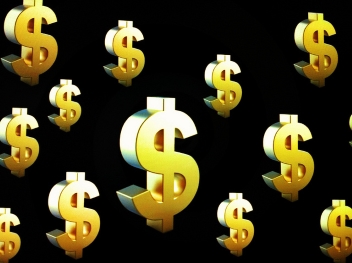 Make no mistake about it – developing 850 (or 925) apartment units is big business.  At a market value of $125,000 each, 850 units equates to about $106 million of real estate development value.  This is not just another donut shop coming to town; we’re talking serious bucks here.  So there’s a long line of developers, contractors, bankers and lawyers who have a keen financial interest in making these apartment projects happen.  So far, it looks like the financial interests of those well-heeled developers are running roughshod over the interests of us poor, beleaguered taxpayers.

Last Wednesday’s Council action left one huge open question… is there a limit on the number of apartment units that can be built in Scarborough?  At this point, we don’t think there is a limit.

What will happen when a developer comes along next month with plans for a gleaming 300-unit multi-family apartment complex?  And another developer shows up in March with an awesome 400-unit project?  Apparently all they have to do is ask the Council for additional growth permits,  And won’t the Council have a difficult time rejecting those requests, given its complete lack of guidelines for approving such requests?

Of course, all of these requests — including those just approved — should have been evaluated in conjunction with the Town’s Comprehensive Plan.  But that plan (from 2006) is currently being updated.  So rather than wait for a thoughtful, data-driven plan completed with significant public input, the majority of Council members decided to wing it with respect to how the Town will grow.  And this, dear reader, is how in 2017 real estate developers became the driving force in setting Scarborough’s residential character.

Well, friends, that’s it for now.

We hope to get our version of the 10-year Scarborough capital plan out in the next blog.  And another budget season is just starting.  It should be an interesting one,  especially given the expense increases that are already built into the school budget.  We’ll make sure you get the full scoop! 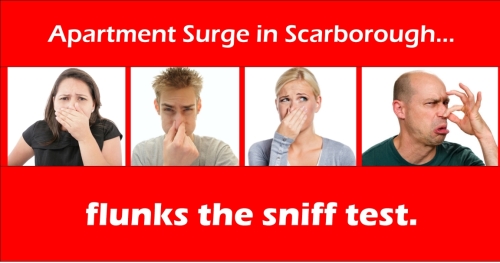