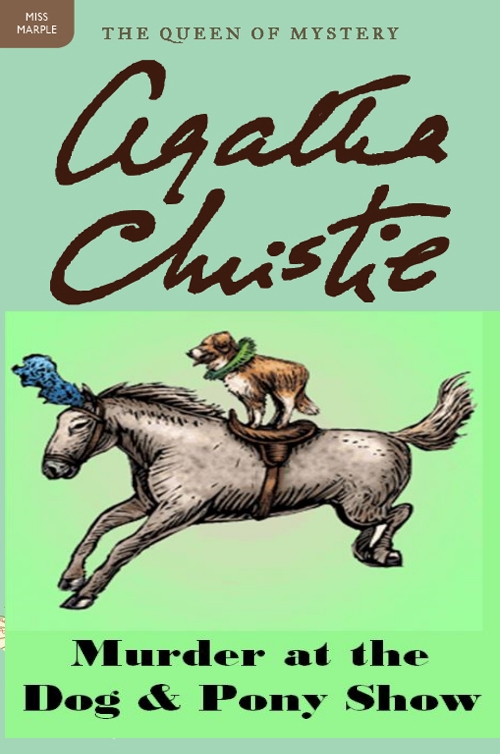 On the evening of April 29, 2015 the Scarborough High School Auditorium was the site of a first attempt at restoring some citizen input into the budget process. It was a public “Budget Forum,” similar, we are told, to events that took place routinely up until about 15 years ago. As first attempts go, it was probably what one would expect. We must commend the organizers on two counts: First, they showed up and actually fielded citizen questions (with varying degrees of success). Second, it appears that every question that was submitted, either in advance or at forum, was asked essentially as it had been submitted. Kudos on those counts! The Budget Forum was a big step forward.

However, there is a long way to go before anything near transparency and full public disclosure are attained. Yes, dear reader, we are sad to report that Lady Truth did not fare well at the Budget Forum. She was alternatively skirted, evaded and sidestepped. At times, she was swirled in irrelevant and diversionary detail. She was obscured and obfuscated. She was roughed up, pummeled and trampled upon. Finally, she was struck by a blunt instrument (an ossified rubric?) and taken by ambulance to a hospital where she remains on life support.

A few things we did get full answers to:

(or that received only the barest hint of a legitimate answer):

If you ever have some spare time and want to read the “official” questions and answers from the Budget Forum, click here for the link. There’s really good data — some of it new — in some of the responses and really bogus attempted-explanations in others. 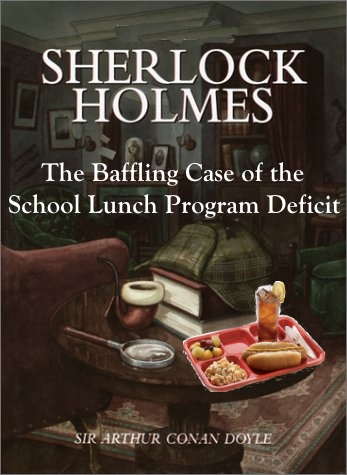 How is this possible? How can we budget an amount other than what the best estimate is? The explanations for this bizarre (and, quite frankly, misleading) practice are: (1) We’ve always done it that way and (2) It’s okay because we make up for the unfavorable budget variance we know we’ll have in the school lunch program with favorable budget variances in other areas. Wait. What?

If we followed this approach in our household budgeting, it would be like budgeting $60/week for groceries when you know you always spend $100 or so each week at Hannaford or Shaw’s. But it’s okay because you usually spend less than you plan to on gas or meals out. What’s the sense in having a budget at all if you’re not using the best estimates of the various components?

A partner at the accounting firm of Monty Python, LLC (right) advises a client on how not to budget.

In accounting, there’s a concept known as “Generally Accepted Accounting Principles,” or “GAAP” for short. Those principles are designed to assure that financial statements are as meaningful and fairly presented as possible. The treatment of the school lunch program doesn’t sound like it’s in accordance with GAAP to us. It’s more like the Wink, Wink, Nudge, Nudge (“WWNN”) accounting principles promulgated by the noted CPA firm of Monty Python, LLC.

(And this doesn’t even raise the question of why the school lunch program is losing $200,000 or so a year!)

The Chair of the Board of Education, Donna Beeley, had this to say at the May 4 joint Town/School Finance Committee meeting about the possibility of the high school 1:1 laptop program going to the voters as a referendum item:

… if you were to put it out to a referendum, are people going to have the knowledge that we have here – two years of Jenn working on this to try to figure this out? Will people go to the polls with any knowledge about a decision other than: “I don’t want it?. No, I don’t care. I don’t have any kids. I’m not going to give them a computer.” … That’s why we sit. That’s why we’re here to be able to analyze all this stuff and discuss it.

Unfortunately, fellow taxpayers, we’re apparently considered too uninformed and too selfish to make a wise decision on the laptop issue. Geez, what about the overall $40 million in the School budget?  Do we have, as Hercule Poirot would say, enough of the “little gray cells” to render a good judgment on that?

And the winner is…

Actually, two winners have been selected in our “Best Question” contest for the Budget Forum.  In addition, our thanks to all the Scarborough citizens who submitted questions!  There were many great questions,  As a result, we were all winners in hearing the responses of Town and School officials and making our own evaluations of how those answers stacked up against experience and common sense.

The judges were unanimous in selecting Susan Hamill and Liam Somers for submitting a number of well-framed and insightful questions into Town and School financial matters.  Congratulations to Susan and Liam!  And a hearty thank you to all who asked questions or attended the Budget Forum!

Correction:  “Donations to outside agencies”

In our last post, we stated “…the Town really doesn’t have any procedures in place for making donations of our tax dollars to public charities.”  The Town Manager has pointed out that the Town does indeed have a formal administrative procedure for outside agencies to request a donation from the Town.  What is less clear is how the Town Council evaluates and approves those requests.  We apologize for an overly broad characterization of the Town’s lack of policies and procedures.  (And we remain steadfast in our belief that NO taxpayer funds should be donated to any charity, no matter how worthy.  How taxpayers choose to support charities is an individual matter, not a municipal one.)

4 thoughts on “Murder at the Dog & Pony Show”