Well, friends, the November 5 local election is almost upon us — two Town Council seats, two School Board seats and three bond issues for a cool $4.4 million.  And, as usual in Scarborough, there’s intrigue and mischief in the air!

For instance, what has become of Town Councilor William J. Donovan?  Although he’s running for reelection, he has been pretty much a no-show on the campaign trail.  He was “out of the country” for the traditional candidates’ night at Town Hall earlier in the month.  He was the only candidate who declined to answer the questionnaire sponsored by Road to Renewal, a prominent local citizens’ group.  He was uncharacteristically absent from the last Town Council meeting.  And he hasn’t been sighted at his home-away-from-home (the Town Manager’s office) for quite some time.

One almost has the sense that Mr. Donovan doesn’t want those pesky members of the public asking him questions.

In short, his campaign is low-key almost to the point of invisibility.  Thank goodness he has Will Rowan as his campaign spokesman!  By the way, we are reliably informed that Will is also running for Town Council.

The Irony Campaign – When claims and reality are so far apart

Long-time readers of LookOutScarborough know that irony is one of our favorite things, right up there with bright paper packages tied up in string.  So Mr. Donovan’s reelection campaign is right up our alley – irony heaped on top of more irony.  Where else could someone with his record run as a fiscal conservative?

If this is good “fiscal leadership,” we would hate to see poor leadership.  [There must be an Alice in Wonderland quotation that would fit here; we just can’t come up with it off the top of our head.] 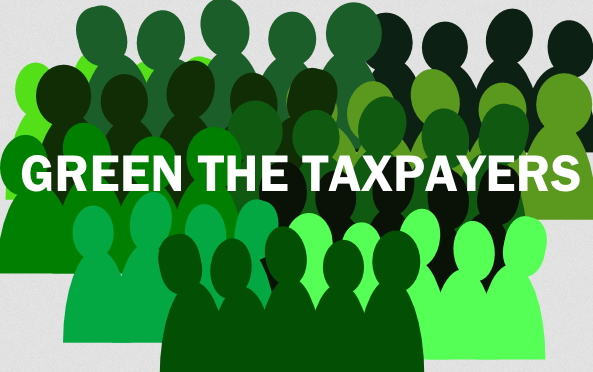 Among the various campaign signs that currently grace our roadsides, you may have noticed some with the cryptic message: “Green the Fund.”  What the heck is that all about?  Well, here’s the scoop:  The Town is asking for approval to issue $2.5 million of bonds to pay for future, unspecified acquisitions of conservation land.  This is referendum Question 3 on our local November ballot.

Now don’t get us wrong… we’re all for preserving green space.  But the question is, how to do it?  We are near the end (we hope) of updating the Town’s Comprehensive Plan.  This is where broad land-use decisions are made for subsequent development of zoning regulations.  Not a bad way to encourage conservation at no cost to the Town.

And how about the old-fashioned method of raising funds privately to acquire important conservation properties.  Again, no cost to the Town… except the lost future taxes, to the extent that the property’s assessed value is reduced when it becomes conservation land.

Speaking of cost, what will Question 3 cost us if voters approve it?  Well, according to the Scarborough Land Trust, the annual cost of the bond issue to the average homeowner will be a mere $13.95 (about the same as a crab roll plate at Ken’s).  So, if there are roughly 8,000 households in Scarborough, that’s a total of nearly $112,000.  And that doesn’t include any tax revenue that the Town may lose as the land’s assessed value decreases in connection with it becoming conservation land.  (By the way, if you look at the “fine print” under Question 3 on your ballot, you’ll see the costs of total debt service of the bond issue “[a]t an estimated maximum interest rate of 5% for a twenty (20) year maturity” of $3,885,417; that’s about $194,000 per year.)

Hmmm…  Forget that crab roll plate.  $112,000 is the starting salary of a couple of teachers or firefighters or police officers.  All of a sudden we’re talking real money.  And facing the stark reality that most taxpayers do not have a limitless pot of money.  And recognizing that priorities must be set.  That, dear voter, is your job when you vote on Question 3, as well as the other two referendums.  This is one of those rare opportunities where you directly participate in setting the Town’s priorities.  Choose wisely on Question 3! 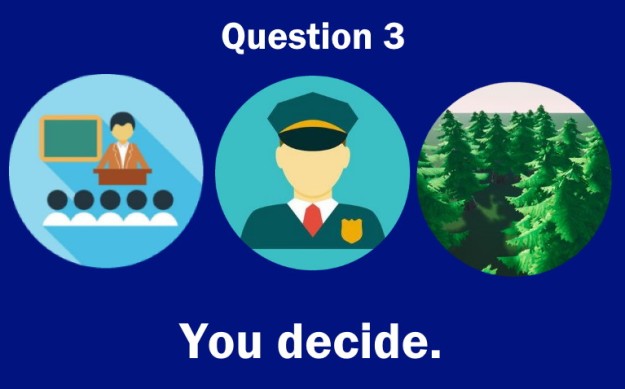 If you have been to Higgins Beach within the past week, you have probably seen — and smelled — the Town’s most recent effort to prevent Mother Nature (in the guise of the Atlantic Ocean) from washing away part of Bayview Avenue.  A substantial quantity of what is described as “composted seaweed” has been dumped on the beach and pushed up as far as possible on the shoreline.  Somehow this is supposed to be an erosion fix, but we expect it will be completely washed away – and then some – by the next big blow from the southeast.

We’ve never experienced composted seaweed before.  If you haven’t either, let’s just say that in appearance, consistency and odor it is a dead ringer for cow manure.  Let’s hope that this is good, organic composted seaweed – free of chemicals and harmful microbes.  Can you imagine the trouble the Town will be in with the US Fish and Wildlife Service if we have laced the beach with nasty things that cause harm to our beloved piping plover population?  Woe unto us!

Next Time, for sure!

We seem to have prattled on and on here, perhaps because of the importance of the election issues.  While we have several more topics to cover, it’s probably best to save them for another time.  Perhaps right after the election.

Pool update:  Our own ace reporter, Jeremiah Hacker, has been closely following the activities of the Ad Hoc Community Center Advisory Committee (aka, the Pool Committee) and is preparing a story that will share information you won’t see anywhere else.  We think it may create quite a splash!

Debut of New “Literary Corner” Feature:  The readers have spoken!  We have listened!  A new initiative to class up this humble blog.

New Contest Announced!   Everybody loves a good contest.  Wait til you see what we will spring on an unsuspecting public.

That’s all for now, friends.  Happy trails until we meet again!